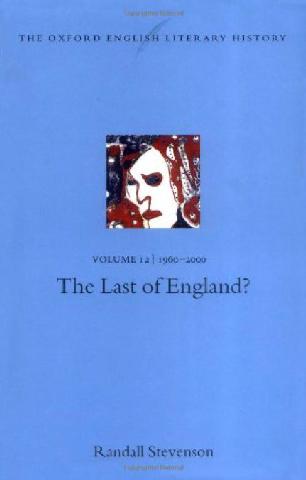 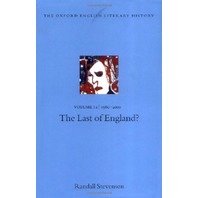 The Oxford English Literary History is the new century's definitive account of a rich and diverse literary heritage that stretches back for a millennium and more.

Each of these groundbreaking volumes offers a leading scholar's considered assessment of the authors, works, cultural traditions, events, and ideas that shaped the literary voices of their age. The series will enlighten and inspire not only everyone studying, teaching, and researching in English Literature, but all serious readers.

In the 1960s literature began to throw off its post-war weariness. New voices, new visions, and new commitments emerged and continued to reshape writing profoundly and excitingly throughout the rest of the century. Critics have scarcely begun to chart the scale and diversity of these changes. This new volume in The Oxford English Literary History maps them comprehensively. It also identifies the historical, social and intellectual pressures which brought them about. Throughout, literary developments are dexterously related to the wider evolution of English experience in the late twentieth century--to shadows of war and loss of empire; declining influences of class; shifting relations between the genders; emergent minority and counter-cultures; the broadening democratization of contemporary life in general. Analyses of the rise of literary theory, of publishing and the book trade, and of the pervasive influences of modernism and postmodernism contribute further to an impressively comprehensive, insightful account of this period--a far more imaginative and exciting one for English writing than has yet been generally recognized.


FREE shipping in both Canada and the US.
New in open package. Tested and guaranteed to work.